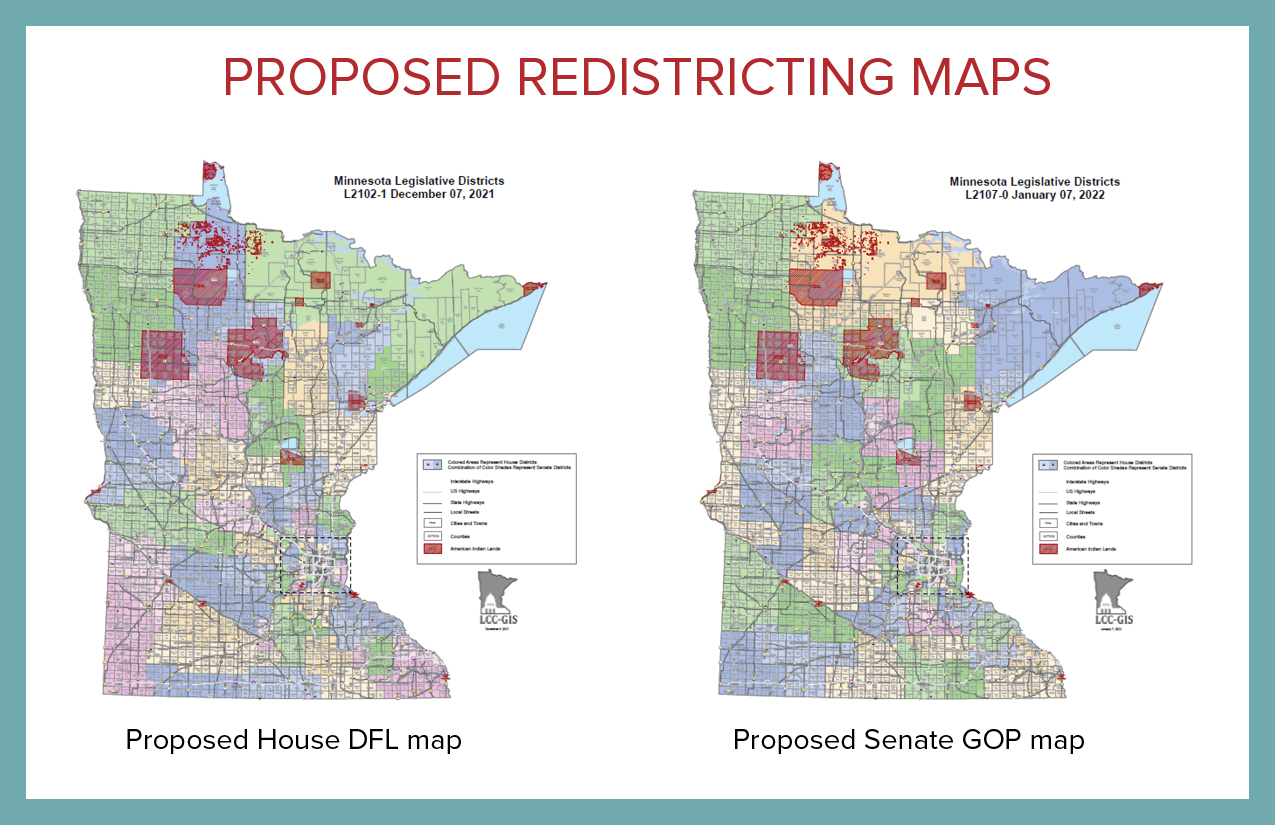 In a session that will last less than four months, the 92nd Legislature will have its work cut out for it when lawmakers return to Saint Paul to convene the 2022 legislative session on January 31. Legislators are poised to tackle a range of issues, from continued pandemic response to how to use a projected $7.7 billion surplus.

Layered by the House and Senate being controlled by different political parties, each body operating under different COVID-19 procedures, and politics around redrawing state legislative and congressional districts in advance of a contentious November election…what could go wrong?!

The impacts that the redrawing of legislative districts will have on the upcoming session cannot be understated. The last time this occurred was in 2012, when I was an intern at the Minnesota House of Representatives. I remember the day the maps were dropped. Legislators were glued to their computers and phones to see if they would be representing new cities, if they would be paired with one of their colleagues of the opposing party, if they would be paired with one of the colleagues from their own party, or if they would have a new challenger altogether. The House member I worked for learned that their new district lines fell just yards from another incumbent’s home.

At this point in the 2022 redistricting process, both majority parties have released new maps reflecting their preferences for how the lines will be drawn. The Legislature’s task, by mid-February, is to pass an agreed-to map. Because that is highly unlikely in a divided Legislature, the Minnesota Supreme Court will likely enter the picture to decide final district lines around February 15.

Here’s my take on how redistricting could alter legislative session dynamics this spring.

I expect this session will be all politics and maybe a little policy, so hold on tight. If you need assistance navigating the (somewhat virtual) halls of state government during this upcoming legislative session, please reach out to me at Andrew@goffpublic.com.