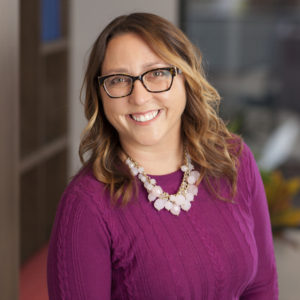 Now that the 2020 election campaign season is behind us, it’s worth asking ourselves what it all meant. While the ballots were still being counted, the presidency and control of the U.S. Congress received most of the attention. But the real-world impact for most of us will be more greatly influenced by state politics. It’s striking to note that more than $23 million was spent by the state’s traditional major parties (Republican and DFL) to influence state legislative races.

Here are my key takeaways from the 2020 campaign trail and the days that have followed:

We need to educate voters not only on how to vote, but on what happens after they vote. Like any political nerd, I was glued to my TV screen, Twitter feed and about 30 different tabs on my computer trying to get results on election night – which turned into the day after the election, which turned into two days after the election, which…you get the point. Even my most astute colleagues (and many state legislative candidates) questioned immediately reported results as inaccurate. On election night, our state’s elections website was showing 100% of precincts reported but also communicated extremely low voter turnout, which didn’t jive with anything we anticipated. By the next day, things seemed to right themselves here in Minnesota, but nationally you could sense mass confusion on how ballots were being counted, particularly in how absentee or early ballots were being calculated.

On top of this, the rhetoric about rampant voter fraud led many voters to doubt the fundamentals of our democracy – and I don’t blame them. Candidates, political parties, and even our nonpartisan election judges and tabulators tend to expend all their energy getting voters to the polls but forget about telling them what comes next. This election cycle, one valuable takeaway is that voter education shouldn’t end when someone casts their vote and collects their “I Voted” sticker. Communicating clear expectations (both in advance of and throughout the process) about how ballots will be counted, how results will be reported and when results may be known should be a top priority for our elections officials.

Political parties need to listen to constituents (not activists) to truly meet voters where they are at. As mentioned, we saw an incredible amount of money spent by political parties and their allies to influence Minnesota’s legislative elections. We saw lit pieces, heard radio commercials and (in some parts of the state) saw local cable ads talking about issues that simply were not the issues voters were talking about at their kitchen tables. From DFL allies tying candidates to cleaner energy proposals or Republican allies keeping their candidates close to issues of law and order, Minnesota voters spoke clearly that those messages weren’t really going to work for them.

We see this in DFL legislative candidates’ inability to sweep the suburbs and regional centers, which many anticipated. DFLers tied a lot of their messaging to the national platform and attempted to link state Republicans to the shortcomings of President Trump, hoping this would gain them suburban seats like they did in 2018 with success. For their part, Republicans hoped to make gains in the suburbs and greater Minnesota by tying state DFL legislative candidates to Governor Walz’s exercise of executive power and uncomfortable social unrest.

We are hearing more and more about Minnesota voters’ motivations and it appears that both parties missed the mark a bit. More voters are “in the middle” instead of on the fringes that major political parties play to. I think there’s enough we know about this election cycle that hints to political parties that they should pay attention in order to have electoral success moving forward – Minnesota likes balanced government, and they will vote for it.

This leads me to my final takeaway:

All politics have the chance to be local. This cycle, there’s a lot of evidence of ticket splitting: Joe Biden outperformed U.S. Congresswoman Ilhan Omar; some state legislative Democrats in greater Minnesota underperformed Joe Biden; some state legislative Republicans outperformed Donald Trump in the suburbs; the list goes on. It has long been a strategy of political parties to seize upon the strengths of the candidate of the highest office in election years, the theory being that “a rising tide lifts all boats.”

Here in Minnesota, we saw that voters differentiate their support of Joe Biden and their frustration with state DFL electeds. And we saw voters who support the work of President Trump, but feel state Republican leaders have fallen short. Both political parties are going to need to do some soul-searching to better understand these voters. For incoming legislators, these November election results should tell them a lot about what kind of elected officials their constituents demand come January 2021.