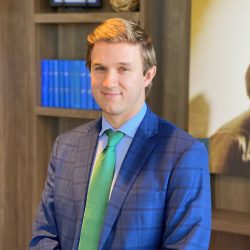 The Minnesota Legislature is on spring break through April 5. When legislators return to work next week, they will have some of the pieces in place to start constructing the parameters of end-of-session deals.

Both the House and Senate majorities have released their budget targets, which committee chairs will use to construct their omnibus bills. Governor Tim Walz also recently released his supplemental budget, which has significant differences from both the Senate Republican and House DFL budget targets. Despite the February announcement of a $1.6 billion projected budget surplus in the next biennium, the Governor and House Democrats continue to advocate for tax increases for additional state spending. Conversely, Senate Republicans have committed to not raise taxes and instead proposed across the board cuts to state government.

Layer on the complexity of billions of federal dollars flowing into the state after the passage of the American Rescue Plan, and we expect the next month to be full of political posturing. The legislative session will adjourn on May 17, and lawmakers must find agreement on a biennial state budget by then or in subsequent special sessions before June 30 to avoid a government shutdown. Many political observers – like some on our government relations team – are speculating that a global agreement may not be reached until June.

The Minnesota House continues to operate fully remotely while the Minnesota Senate is functioning in a hybrid capacity. Our government relations team continues to be engaged in all the happenings at the Capitol and will keep our clients updated every step of the way.