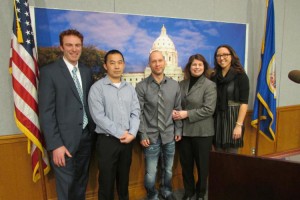 Minnesota is now the 30th state to enact a compensation statute for Minnesotans imprisoned for crimes they did not commit. There are two people in recent Minnesota history who have been proven innocent after spending time in prison, Michael Hansen and Koua Fong Lee. Hansen served more than six years in prison, while Lee served nearly three years in prison – before being exonerated. The bill was largely driven by our pro bono client, the Minnesota Innocence Project, which works to free people imprisoned for crimes they did not commit.