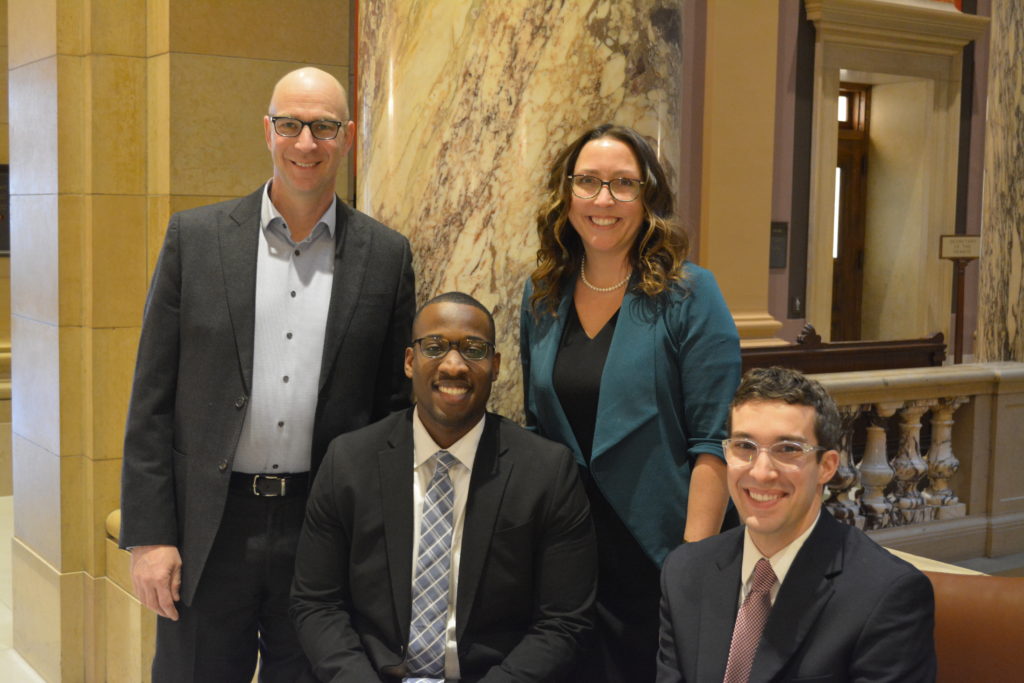 Lawmakers – and our own government relations team – are back at the Capitol today. With only 13 weeks in the 2020 legislative session, Governor Walz and legislators have their work cut out for them.

Traditionally, legislative sessions in even-numbered years are dedicated to consideration of a bonding (capital investment) bill and policy. However, with a projected $1.3 billion surplus and state reserve accounts flush, there will be plenty of debate on spending that surplus.

Certain to shape the legislative session will be the November 2020 elections. With all 201 legislators, all eight U.S. Congressional seats, one U.S. Senate seat and an already-dominating-the-headlines U.S. presidential race on the ballot, lawmakers will use the power of the pulpit during session to build their case to Minnesota voters (and tear down their opponents’ message).

Here are a couple of other things we will be watching for over the next few months:

How the state addresses financial errors at the Department of Human Services – State errors totaling nearly $30 million have caused financial hardships for Minnesota’s counties and tribes. Senate Republicans will push to have the department absorb costs related to these errors, while the Governor and House DFL will propose using general fund dollars.

How Senate Democrats adjust – Senate Democrats elected Senator Susan Kent (Woodbury) to replace Senator Tom Bakk (Cook) as caucus leader a little more than a week ago. With only a two-seat minority, we will be paying attention to the caucus adjustments that take place and how they could impact contentious bills (e.g., bonding, energy) where Senate Republicans need DFL votes.

Retirements – More than a dozen legislators have already announced their retirement during what is an important election year. We will be watching how those retirements could impact party control in the 2020 election and how it could impact the redistricting process that will begin in 2021.

Policy – Despite 2019 being an incredibly active policy year, there are still looming controversial policy issues. Debates around a state solution on insulin prices, energy bills aimed at reducing carbon emissions, expanded access on medicinal cannabis and more will fill the Capitol hallways. We will be watching how negotiations on these issues intertwine with a larger global deal on bonding and state budget issues through the final days of session.

The legislative session begins today and ends May 18, 2020. If you find yourself with last-minute legislative needs or have questions about what’s going on at the Minnesota Capitol, don’t hesitate to contact Elizabeth Emerson.